The leading provider of analog and mixed signal semiconductor products, unveils a full scale to advance
the market of display driver chips for smart phones. They started allocating driver IC for smart phones to a Korean-based major ‘A’ mobile phone maker earlier this year.
smart phone equipped with MagnaChip’s AMOLED driver chip was been recognized as an excellent product optimized for functions and capabilities of smart phones.

MagnaChip’s display driver chip for smart phones supports 16 million colors with WVGA resolution and uses the next generation technology of automatic current limit (ACL) and MIPI display serial interface (DSI), which are a good match for smart phones.
As for the vice president of MagnaChip, Hwang Tae-Young that MagnaChip intends to improve its driver chip technology and grow its market power by making a timely supply of high-quality products that are differentiated from the products of its rivals.
and early on, smart phone market is forecast to make a rapid growth of 46 percent per year by 2012. 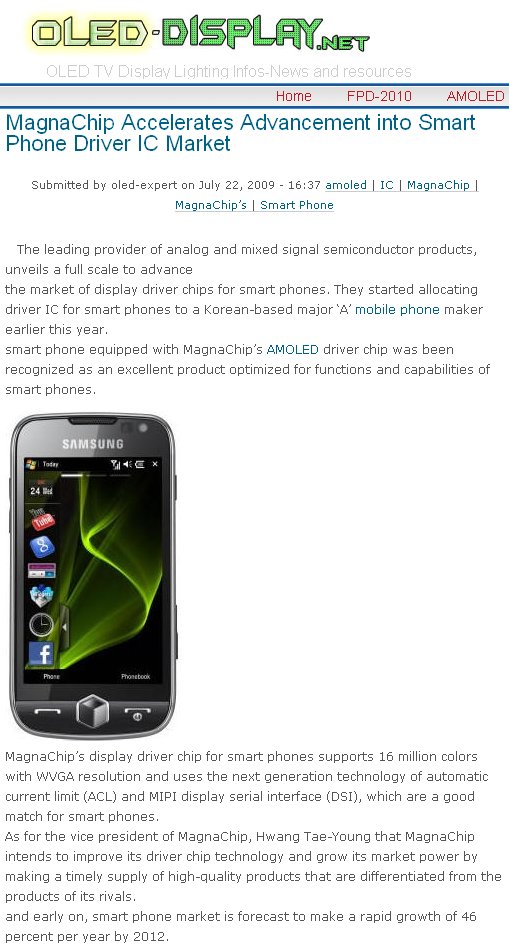 A company from Korea called MagnaChip Semiconductor has just announced the EA8850, a new high-end WVGA resolution supported AMOLED driver chip that would give way to more high resolution handsets in the mobile market.

Other features that you might take for granted about the MagnaChip Semiconductor EA8850: support for 16 million colors, automatic brightness control and smart mobile current control.

It wasn’t specified when the Korean company plans to supply this AMOLED driver chip to handset makers, but it should be present in devices that are to be released later this year. 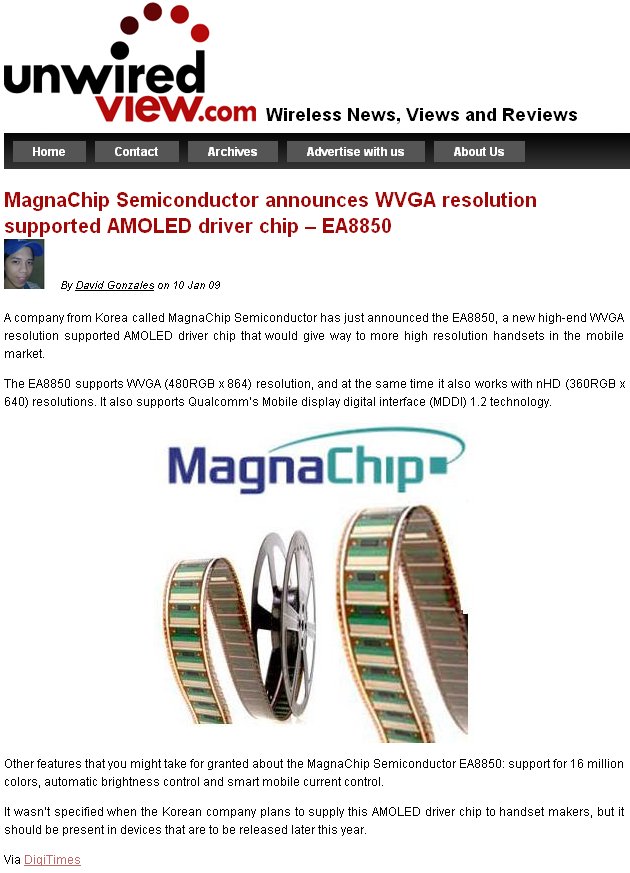 TFT LCD Driver integrates MIPI and DSI on one chip.

August 12, 2008 – Suited for use in mobile phone displays, TA8560 combines MIPI (Mobile Industry Processor Interface) and DSI (Display Serial Interface) onto one driver chip. DSI, based on scalable serial interconnect, provides lower power modes and allows bi-directional communications. It supports 16-, 18-, and 24-bit pixels, buffered and un-buffered display panels, and QVGA (240 x 320) resolution. Chip can drive up to 4 panels from 1 interface and displays up to 16 million colors. 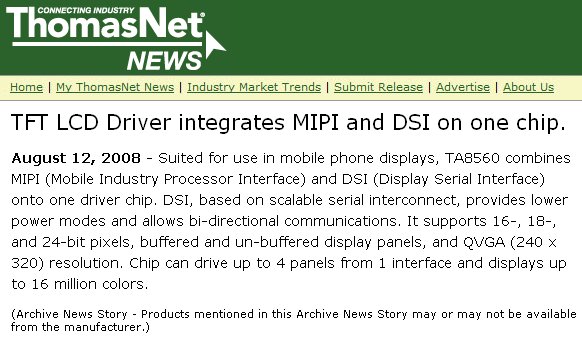 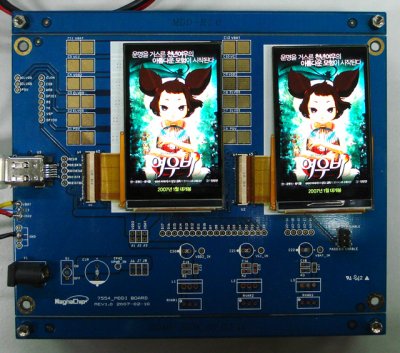 MDDI (Mobile Display Digital Interface) is Qualcomm’s technology for high-speed serial interface between their MSM (baseband) chip and the peripheral including display module and camera module.

In 2006, I leaded the development of MDDI IP (Intellectual Property) including analog PHY and logic core.
The IP is successfully evaluated to 300Mbps for a data lane and supports dual display.
I designed my own MDDI logic core that receives 4-bit wise parallelized data and extract packets containing commands and display pixel data and transfer it to various legacy interfaces for the straightforward integration.
It requires only 30% area of Qualcomm’s original MDDI core nonetheless it has the almost the same features.

Working with Qualcomm people was good experience and I still working on MDDI 1.2 with them. 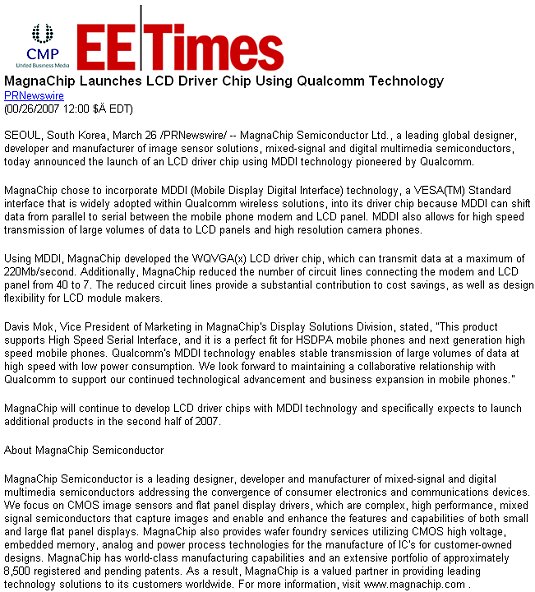 Since 2005, I have started development of LCD Driver ICs.
With my first product I achieved 25 million sales until now.
I leaded the design and verification for all the logic inside the driver IC such as Timing Controller, Memory Controller and CPU Interface.
Until now I participated 12 projects and many of them is under the mass production. 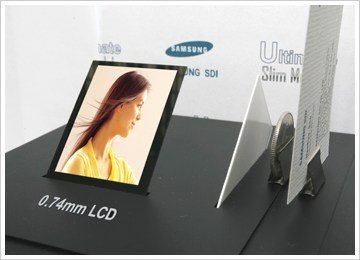